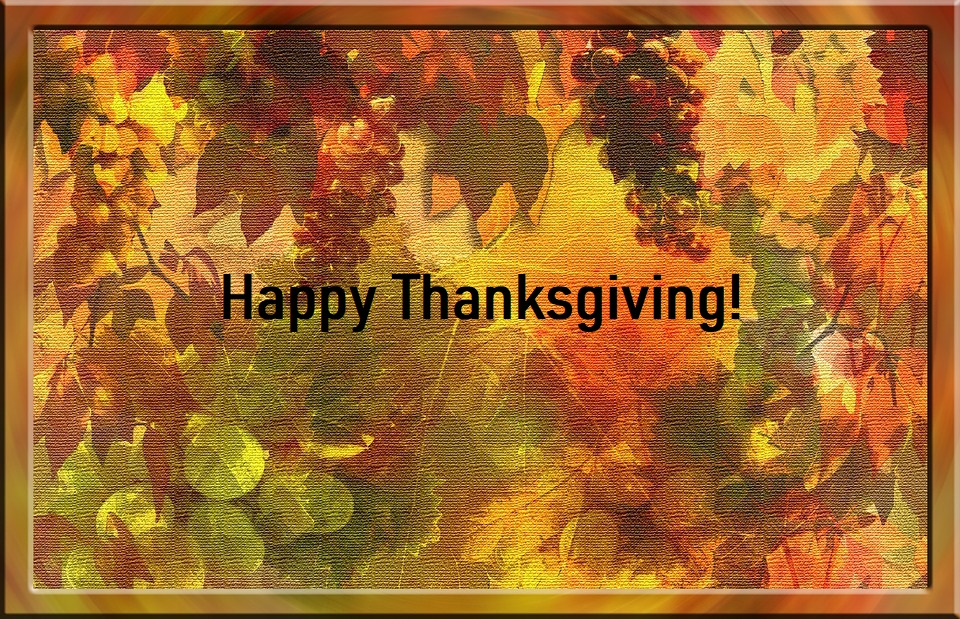 Happy Thanksgiving, everyone! I saw this video on Facebook one day and it brought to me feelings of thankfulness in a way I had not yet expressed here on the Life Beyond Surviving blog, but there have been several miraculous things that have happened to each of my immediate family members that have made me thankful for my life, their lives, and many other seemingly ordinary things. First, here’s the video:

I began thanking God for every day things after He has spared me from cancer several years ago, but my family’s miracles began long before that.

About twenty years ago, my daughter was a very active figure skater competing in USFSA. One day she complained that it hurt when she breathed. We initially thought it was just very cold in the rink, but took her in to see a heart specialist who did some tests. My heart sank when he, personally, called me in the middle of the day to ask where she was. He told me to call the school and have them keep her off the playground and away from any physical activity because her ventricle was enlarged and any activity could result in a fatal heart attack.

We immediately began praying. I called everyone I knew and posted on social media for prayers for her. We were told that it was possible that she was born that way and would always have this issue or that it could have been the result of a virus from a cold she had two weeks prior. Even if it were the latter, it would be several months before she could skate or do any physical activity. A month later, she was miraculously healed!

In between my daughter’s and son’s birth, I had several miscarriages. One was very difficult due to the circumstances that I won’t share here. However, about 9 years after my daughter’s birth, I found myself pregnant with my son. In the first trimester, I began having the same issues as I did when I lost that previous child. I was terrified and on bedrest. One day I was looking in the mirror at my face which had two “birthmarks” (brown spots from when I was pregnant before that were supposed to disappear after pregnancy.) One was on the right side of my face from when my daughter was born and one on the left side from the last pregnancy. I noticed that the birthmark on the right side was getting bigger. I felt God assuring me that this was the right side. That this child would be ok because it was on the right side instead of the wrong side.

My son’s birth was a series of miracles, any of which, could have ended in his death or a life of being sickly. I won’t go into all the details as it’s a long story, but suffice it to say that God saved my second child too!

Many years later, my husband was promoted and required to move across the country to Indiana. My daughter was away at college, but my husband, son, and I all went to Indiana to find a home. On the way back to the airport, we had my husband’s uncle pick us up and take us to his house to visit before heading back home to prepare for the move. It was snowing and not too far from his house. The car slid a long way, became airborne over a tree that had fallen, and eventually flipped over leaving all four of us hanging upside down from our seatbelts.

My uncle-in-law had a cut on his face/head. I broke my hand in three places, and my husband broke his back. All four of us walked out of that car much to the amazement of the bystanders and the ambulance and police who were called. The doctor told my husband that if the break had been a hair off, either way, he would have been paralyzed. God saved my husband that day!

About three years ago, my doctor insisted that I undergo a procedure to determine if a large fibroid tumor was still there even though I was near enough to menopause that it was all but certainly gone. I would never have agreed to do it but since the insurance covered it, I said yes. They didn’t find the fibroid tumor, but they did find a solid cyst on my ovary. Since they can become cancerous, the surgeon said it and my ovary had to be removed.

While she was in there, she felt it prudent to remove my fallopian tube as well because “cancer likes to hide.” I received a call about my biopsy from the surgeon herself saying that they found precancerous cells in my fallopian tube. This rare and quite aggressive cancer is normally not discovered until it’s much too late for the woman to be cured. They scheduled a radical hysterectomy to make sure there was no more cancer hiding in there, but I was cancer-free before anyone ever even thought I might have cancer.

I’m thankful that God orchestrated things in such a way that all four of us are still here and walking around. I’m thankful for waking up. I’m thankful each of my family members wake up each day and for so much more!

Happy Thanksgiving! What are you thankful for? Any miracles of your own to report?