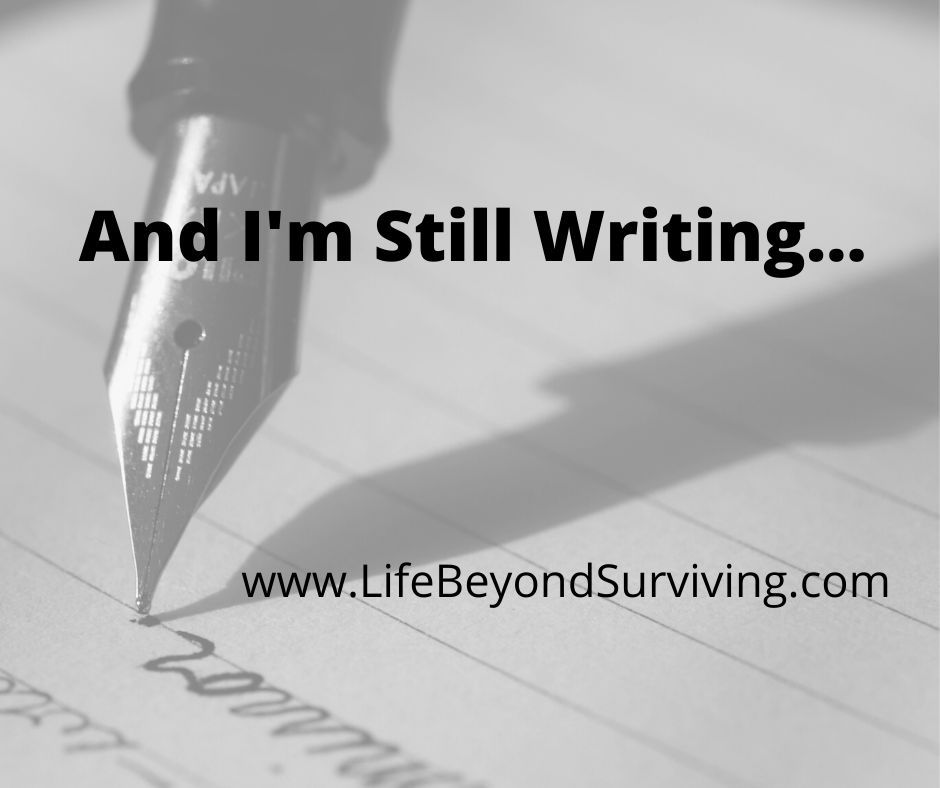 3 Replies to “And I’m Still Writing…”