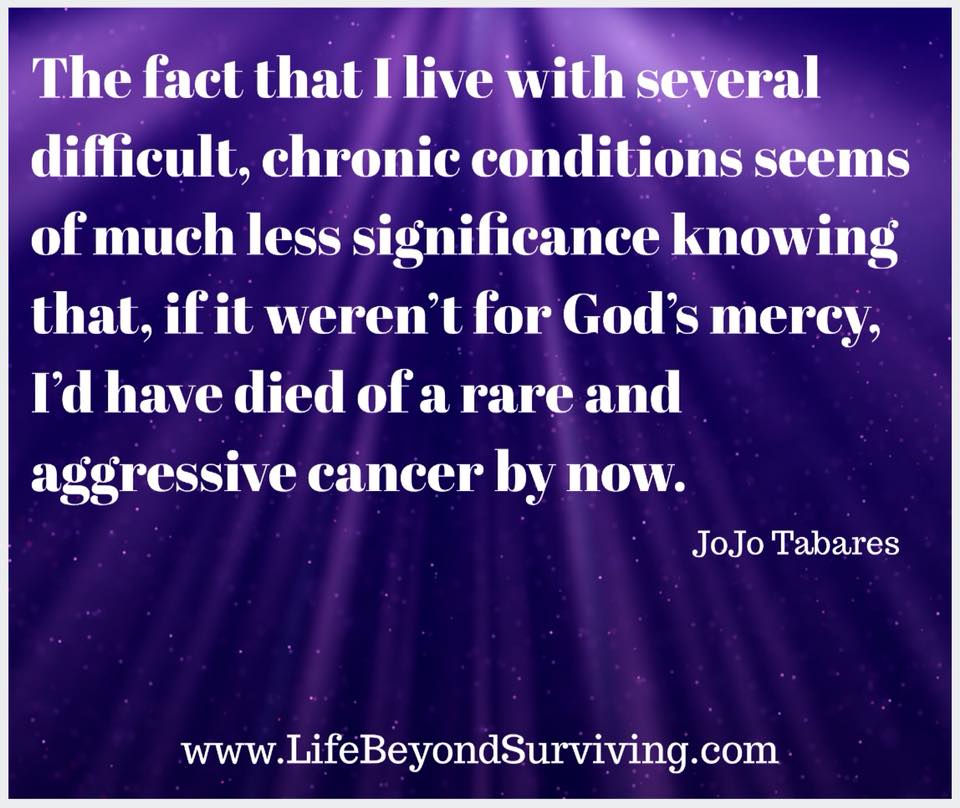 Chronic illness takes so much away from you that your thoughts often dwell on what you can’t do anymore. I can’t work. I can’t go out today. I can’t clean the house. I can’t do for my kids. I can’t help the church. I can’t help a friend. I can’t feel useful. And that right there is the cause of sadness and even deep depression.

But it doesn’t have to be. I’ve felt that way myself, but I have developed some habits that have helped me to get out of that funk and feel useful which, in turn, increases the joy I feel day to day.

It all started with a question I asked myself. “What CAN you do?” You see, I had many times when I felt like I was too tired to DO anything. Too brain fogged to THINK of anything. Too overwhelmed to make any sense. And yet, I always found SOMEthing I could do that would make a difference, that would be positive, that would be of value to…someone, anyone.

There are four parts to this process and I’m going to cover one part per week this month. The first step is to think less about what you can’t do and more about what you CAN do. It sounds simple. It’s not. It is the hardest step in the process, but it’s worth every effort.

So many devotionals I’ve read and so many of the PMA books out there are like the Just Say No campaign. Just think positive. Just be thankful. People have it so much worse than you! Well, it may be true, but it isn’t helpful, especially when you’re in the throws of despair or you are still grieving the loss of your old life.

But there are several things that can help you to begin to think this way and here they are in no particular order. Do the ones that speak to you. Use the ones that you can and see if you can start others later as you begin to heal from the overwhelm.

Remember, this is the step that takes the most time, but the good news is that you can do them simultaneously with the other steps…which I will discuss in the coming weeks.